When you look into your mother's eyes, you know that it is the purest love you can find on this earth. That's why mothers have been celebrated for centuries and it's not the same everywhere. So, Kidlee offers you a recap of Mother's Day.

The origin of Mother's Day

So, no, contrary to what you might think, Mother's Day is not a commercial holiday at all. Its origin is based on several celebrations.

In ancient Greece, the mother of the gods, Rhea (or Cybele) was celebrated in spring. She was not the only one honored since this season was already, in the pagan rites, the occasion to celebrate fertility.

The Romans celebrated Matralia or Matronalia in honor of women and mothers who gathered at the temple of Juno Licina to receive gifts.

From a religious point of view, Christians, Catholics and Protestants, also had a celebration of motherhood on the fourth Sunday of Lent: the Sunday of Laetare.

Also, the believers took advantage of this festival to go to the "mother church", that is to say the cathedral or the most important church of the region. The families would gather there once a year. Hence the name of the Mothering Sunday in the United Kingdom.

The third celebration at the origin of this holiday took place in the United States in 1870 thanks to the activist Julia Ward Howe who initiated the proclamation of Mother's Day. This by inviting mothers around the world to unite in order to achieve peace. Although the international version that we know today is due to Anna Jarvis. She founded specific "clubs" for mothers, with the same goal of peaceful union.

How is Mother's Day celebrated in other countries?

In the United Kingdom

Mother's Day, called Mothering Sunday, is always celebrated on the 4th Sunday of Lent. So, no, in the United Kingdom we don't celebrate Mother's Day in May but in mid-March. In fact, the English usually take a day off work to visit their mothers and bring them a cake.

Unlike the French, Germans have been celebrating mothers on the second Sunday in May for over 75 years. Also, for this holiday, the mothers do not work and generally the children are taken care of.

One more difference on the day of celebration! In Spain, Mother's Day is celebrated on the first Sunday of May. On this occasion, mothers do not cook.

Canadians and Germans alike celebrate Mother's Day on the second Sunday in May. This holiday is marked by a personalized gift that the child gives to his mother to mark the occasion.

The starting point goes back to the spring in 1806 thanks to Napoleon. Its purpose was to honor the mothers of large families.

However, it is only on April 20, 1926, that the first national "Mother's Day" takes place. However, it was not a great success until 1941, thanks to Marshal Pétain! The latter sent a message on the radio: "You alone know how to give everyone the taste for work, the sense of discipline, modesty and respect that make men healthy and people strong. You are the inspiration of our Christian civilization. His goal was to introduce Mother's Day to boost the birth rate in France.

And it is in 1950 that this feast is officially fixed to the 4th Sunday of May. If this last Sunday is Pentecost Sunday, Mother's Day will be postponed to the first Sunday of June.

A simple but effective way to mark the spirits of moms on this occasion is to give her a small gift made at home. That's why we offer you some DIY ideas to make with the little ones. A photo collage in honor of mom, a custom mug in her honor or even a bouquet of flowers in no time.

Biodiversity: 6 activities to make children aware of its protection!

The OFB, French Office of Biodiversity, defines the latter as all living beings and the ecosystems in which they live. This term also includes the interactions between... 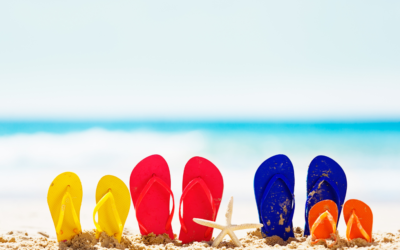 Summer vacations 2022: top 6 destinations to discover with your family!

Soon the summer vacations of 2022! And the question that many parents are asking themselves right now is: where to go this summer with the kids? And yes, going on a romantic vacation is quite simple, but... 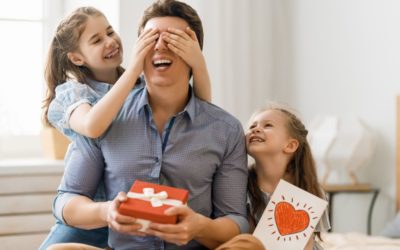 After the Mother's Day gift, we now move on to the gift to give to Dad. Yes, we don't forget him, eh! Even if it has been a bit neglected in France, Father's Day starts...